Fuzzy Pickles :: The Lounge :: Life and You

I wish to be a little less mysterious, and I think revealing my face will do just that. 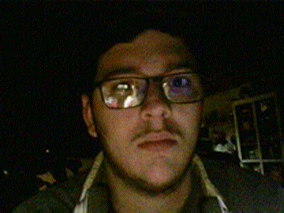 I have to admit, you're braver than me. I've never done a face reveal on any online/social medias I am part of. I also got to admit, you're older than I assumed you to be. Not saying anything against that. I guess I just looked too young to be my age when I was 15.

I think I still have a picture I got done the archaic way with Daguerreotype film processing. It's got to be floating around somewhere...I'll post that if I can find it. (The way it was done during the Civil War) You can't actually touch the actual picture, because the chemicals are hazardous. It's one of the reasons photographers ended their profession early, died, or grew frail/old before their time. Just like hat makers.

Fuzzy Pickles :: The Lounge :: Life and You

Page 1 of 1
Permissions in this forum:
You cannot reply to topics in this forum
Latest topics
» 2020 Corner
by Hikarichi the Ghost Yesterday at 4:45 pm